There are 177 posts
tagged with the term art I liked Domestic Art: Curated Interiors so much that I actually paid for price for it at Archivia books in NYC because I wanted to take it home and read it right away. Not only are the interiors beautiful but the art collections are too. It’s definitely worth picking up for yourself or your favorite […] I need to start my holiday shopping, or what little of it there will be this year, but I want to buy meaningful things and also items that don’t cost a lot of money. So it was perfect timing when I received an email from my new friends at Ugallery informing of their upcoming 20% […] I often worry about the future of art and that parents might encourage their children to become doctors or lawyers or bankers…well, maybe not bankers anymore…instead of fostering their love of art. So I like to support anyone who has made a career out of their passion and become an artist and now you can […] I am beyond excited that today is the beginning of the JMW Turner exhibition at The Metropolitan Museum of Art in New York which runs through September 21, 2008. Joseph Mallord William Turner was born in London in 1775 and began painting at the age of 14, studied at the Royal Academy Schools later became […] 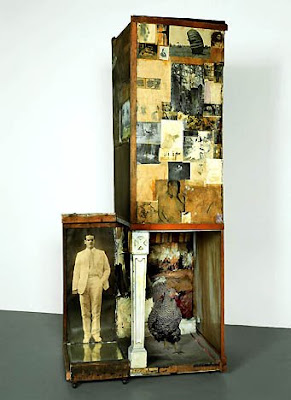 I was so saddened to learn that artist Robert Rauschenberg died today at the age of 82. His “Combines” show at the Metropolitan Museum of Art in 2005/2006 was one of my all time favorites. The art I’ve featured here is from that show and althought most of it dates from the 1950’s, it is […]

Giuseppe Panza: Memories of a Collector I had been meaning to write a post about Italian art collector Giuseppe Panza and his book Memories of a Collector for a few months but kept putting it off. Then I saw the book on a desk in the BKH designed room at the Kips Bay Show House and decided that it was now […]