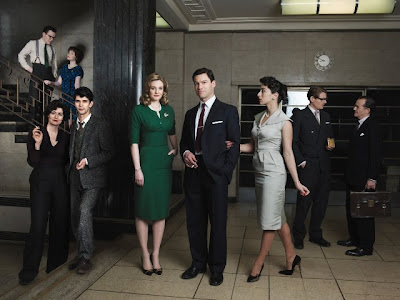 Most of us New Yorkers were very lucky and survived the hurricane unscathed.  The only real damage occurred to our waistlines from stress eating and sitting around watching constant news coverage.  I have already declared that I have to detox from carbs and television this week. I may have to make an exception on Wednesday for The Hour on BBC.  I caught up on the first two episodes on DVR and I’m already hooked.  The Hour dramatizes the world behind a news program on the BBC in 1956.  It’s been compared to Mad Men and while there is some of the same flirting and smoking, The Hour is definitely smarter and more intriguing.  Maybe it’s the British accents. I have a feeling that Dominic West might give Jon Hamm a run for the money too.  Speaking of running, I’m off to the gym. 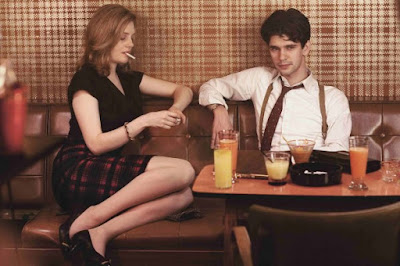