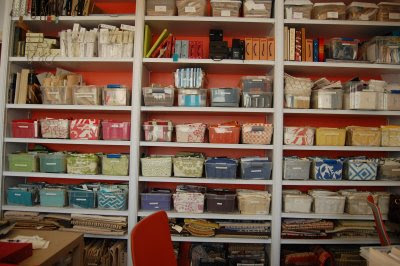 I get a lot of emails from readers asking for advice about a career in interior design and also if they should go to design school. Since I just received three such messages I thought I would put together a little post on the topic. I always ask my friends who went to design school what they learned and a few of them were gracious enough to share their experiences with me. I usually never steer anyone who is thinking about going to design school out of it. You will learn the fundamentals of interior design from which you can then add practical experience through internships and work experience. One of the most important things they teach in school is drafting and AutoCAD. Most of the jobs that do become available in New York require the applicants to be proficient. I have a degree in art history which helps me because I studied not only art but also architectural art history and decorative arts. I’m not as proficient in AutoCAD as I would like so I might take a class.

My biggest piece of advice is to work. If you have to take an unpaid internship, just do it. It could lead to a paid position and the things you will learn on the job are priceless! A lot of interns have to start by sorting and organizing the samples which doesn’t seem glamorous but teaches you all the fabric showrooms and also serves as an overview of what fabrics they carry and what you like. You should also go into any interior design job with the attitude that no job is too big or too small. I’ve written before that during installations, I’ve been vacuuming and cleaning. I’ve had to move things and gotten dirty. You’re running around and it’s exhausting but one of the best learning experience because they almost always involve problems like furniture that either doesn’t arrive, arrives damaged or doesn’t fit. And then you need to figure out how to fix it…now!

It’s always good to work for another designer because then you can not only learn about design but also about business. Some offices are very organized and very well run and some are not. You will learn what to and what not to do if you ever decide to go out on your own. That’s a whole other can of worms though so we’ll have to save that for a separate post!

Then there are vendor relations. Obviously, you should be nice to everyone but you should really be nice to your vendors and anyone who does the heavy lifting, and I mean that literally! If you are nice to everyone they will be more likely to help you when you need a rush job or if a crisis erupts. But you should also be strong enough to stand up for yourself when they try to blame said crisis on you. That brings us to measure twice, cut once and get everything in writing! There is a lot of paperwork that goes along with the design word and you will be responsible to gather quotes and type up the purchase orders. It’s time consuming and boring but it’s part of paying your dues and you don’t want to be the one who typed in the wrong measurements that led to an incorrect order. The designer will definitely not like you if you cost him money.

I also think it’s important to read design magazines and books and to have a real passion for interior design. I’ve worked with people who had no idea what was going on in the world of design. If your boss knows you are knowledgeable and a go-getter, they will be more likely to give you more responsibilities and take you out of the office to meetings. This is important. They don’t trust just anyone around the clients and you never know when this will happen so I advise that you always dress client ready. I’ve noticed a lot of bosses respond well if you look nice and dress well. And that doesn’t always involve a lot of money. A fun necklace from the flea market could do wonders. It’s about creativity and presentation just like interior design itself.

Design school can only take some people so far. While there are certain people who have innate sense of style and can scheme fabrics in their sleep, others may have to work a little harder. As my friends and I have discussed at length lately, those who are willing to hustle and work hard will make it in this economy and those who can’t adapt or don’t want to get dirty, will not. Design school and work experience will be what you make it. You’ll get out of it what you put in and those who make the effort go the extra mile will go far!

I also get a lot of readers asking if I know about any job openings. Since I’m not looking and all my friends just got laid off and are working for themselves now, I suggest you try the job listings section of The Editor at Large. You can also find a designer whose style you love and write them a letter telling them so and that you are willing to work even one day a week. You might get lucky. There are jobs still out there. I’m sure I’ve left out a million things and others will have even more advice but this is a start. Oh, and a sense of humor is essential! It’s decorating after all not brain surgery! Good luck!